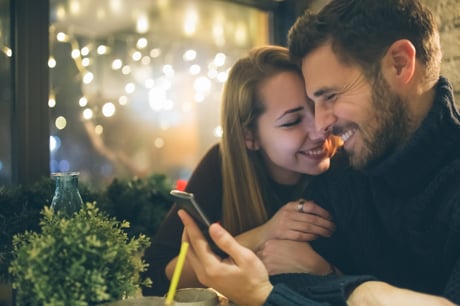 Now that the holiday season is here, you might have, or make, some extra time for date night adventures in Cincinnati. It is always so much fun to go on dates, especially ones where you and your partner get to do something new and interesting! For most people, the worst part about going on a date is actually planning the night out. This holiday, we have got you covered.

We have put together a full festive list of date night ideas including Christmas light shows, rocking out to Trans-Siberian classics Orchestra, an ultimate New Year’s Eve party, holiday shows like the Nutcracker, and a night on the town (with music and drinks of course)!

Whiskey Wednesday’s at Taft Ale House - Each Wednesday from 5:00pm to 11:30pm, enjoy specially selected craft beer pairings with a variety of whiskey for only $8. Available only in Nellie's Tap Room.

Plus, everyone loves a good happy hour -

Ring in The Holidays At WinterFest – Imagine an old-fashioned winter…rosy-cheeked skaters gliding under twinkling lights, the magic of dazzling holiday shows and carolers in traditional costumes, the aroma of freshly-baked treats and the spirit of everyone’s favorite season captured in an atmosphere of warmth and nostalgia. Ring in the holidays with the return of WinterFest at Kings Island on select nights in December.

PNC Festival of Lights - The Cincinnati Zoo will once again be transformed into a “Wild Wonderland” for the 36th annual PNC Festival of Lights! In addition to admiring the beauty of 3 million LED lights, visitors can ride the BB&T Toyland Express, marvel at the spectacular Wild Lights show on Swan Lake, or snack at one of two S’mores-n-More stands. Santa will be available for visits starting at 4:00pm, an hour before the rest of the festivities begin

Coney Island Christmas Nights of Lights - In the warmth of your own car, you can sing along to the sounds of the season synchronized to each holiday display through your car radio. With two and a half miles to drive through, you can see displays and light shows made of over a million lights driven by more than forty thousand computer channels. The show will begin nightly at dusk and run through 10:00pm.

Download the Connect Cincinnati app and check out more events, deals for local places all around Greater Cincinnati, as well as the full list of local fast Fioptics Wi-Fi hotspots locations for free throughout the area. Enter to win the Ultimate Date Night including Cirque du Soleil tickets, a dinner certificate to Metropole & one night stay at the 21 C Hotel on the Connect Cincinnati App!

Enjoy everything Cincinnati has to offer this holiday season and make sure to subscribe to the Cincinnati Bell blog to receive more holiday related content!