We’re a long way from Pong. As advancements in internet and technology continue to pave the way for generation-after-generation of video game consoles, VR headsets offer an immersive experience like no other.

Thankfully, there are a few companies working to make top-of-the-line VR more accessible to the average consumer. For example, the Meta-owned Oculus Quest 2 (256 GB; available in Cincinnati Bell stores) is a wireless, all-in-one VR headset packed with next-level hardware at a more affordable $399—that’s $400 less that the iPhone 13 or about the same price as an Apple Watch Series 7. 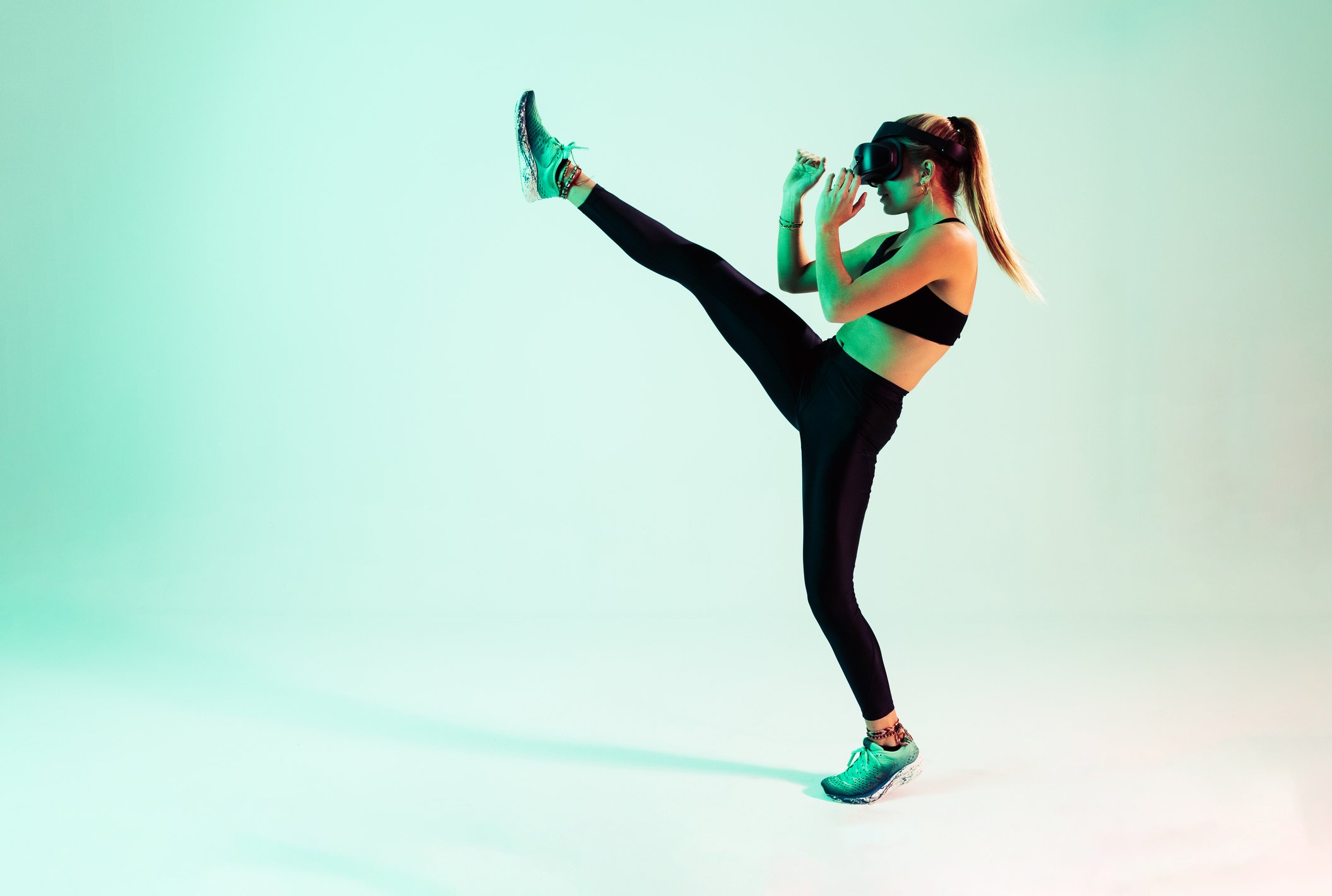 With a catalog of over 250 games, apps and experiences, the Quest 2 and other VR headsets have something for everyone. And while we could ramble on about VR’s exciting future or our favorite VR arcade, strategy or horror games, we want to shed light on the more overlooked VR experiences that make these headsets some of the most robust media consoles on the market.

It’s all fun and games until…it’s so much more! Although you can argue that virtual reality was primarily built for gaming, there are a ton of additional ways you, your friends, or family can utilize the virtual landscape.

Exercise: Okay, let’s be honest. There are several VR non-exercise games that will get your heartrate up just from playing (e.g. Beat Saber, SuperHot VR). But, if you’re looking for a greater psychical challenge, there are plenty of fitness-focused apps that can turn your VR space into your own personal gym. Box, move, meditate and recover with Supernatural; channel Hawkeye in the archery madness of Holopoint; groove your heart out in Dance Central; or shape up your core with VRWorkout.

Create: Looking to activate your own personal Creative Mode? From music composition to 3D sketches, VR has you covered. Explore the musical sandbox of Virtuoso; sketch out your design idea in 3D as a hobbyist or professional in Gravity Sketch; utilize the motion-tracking system available in select VR headsets to sync up and gamify your piano lesson with VRTuos; paint vibrant scenes in Tilt Brush; or nerd out and create your own personal Stranger Things soundtrack in SynthVR.

Learn: In our 4 Ways Fiber Internet will Unlock Future Tech blog, we discussed how Extended Reality (a combination of VR, Augmented Reality and Mixed Reality) allows us to learn in an engaging, hands-on way—and VR headsets offer the perfect toolset to get started. Fill your free-time drifting through “the world’s first VR aquatic safari park” to learn about sea life in Ocean Rift; exploring the world POV-style with National Geographic Explore VR; or floating through space aboard the International Space Station to learn more about the ins and outs of astronaut life in Mission: ISS. 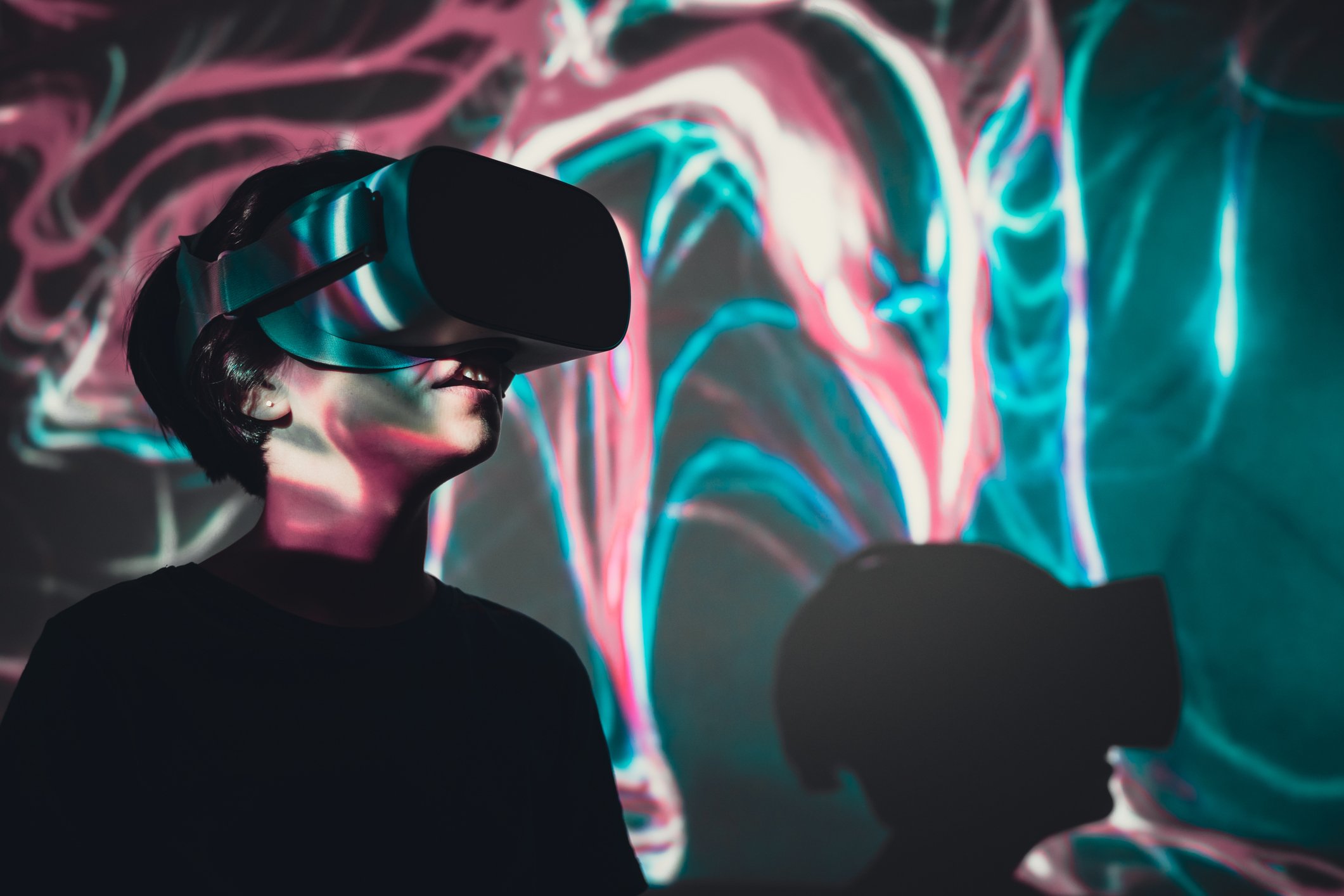 Watch: Want to feel like you’re watching movies, TV and more in your own private cinema? Get more out of your leisure entertainment with Netflix VR, Prime Video VR, and YouTube VR; get an up-close and intimate look at some of the most iconic Cirque du Soleil shows; or experience the wonder of Disney’s Frozen like never before with Myth: A Frozen Tale.

With an exponential rise in consumer VR buy-in, it's safe to say that virtual reality headsets aren't going away any time soon—in fact, a report from Grand View Research projects the VR headset market size to grow by 28% from 2021 to 2028, painting a promising picture of what's to come. Optimistically, that means more affordable devices, more in-depth solo and social experiences, and greater real-world applications (e.g. medical training, industrial prototyping, etc.). With the variety of games, apps and experiences already available, that's enough for anyone to get excited about.

Start your VR journey today by picking up the Oculus Quest 2 (256 GB) at any of our Cincinnati Bell retail stores! New and current Cincinnati Bell customers receive up to 24 months of interest-free payments for the Quest 2 or any other item in our Connected Home Catalog.